How to reinvent yourself in retirement
February 27, 2015

Retirement is an opportunity for a new chapter of your life, expert says. 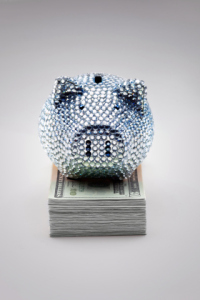 Most people today view retirement as an opportunity to begin a new chapter in their lives, “not a time to wind down and move off the playing field,” says gerontologist Ken Dychtwald, 64, the CEO of Age Wave, a research think-tank on aging issues.

They are trying to figure out new ways to be productive. “Many are wondering: ‘What can I do with this stage of my life that is perhaps my highest purpose?’ ” says Dychtwald, who is also a psychologist. He has written 16 books on aging, health and retirement issues.

His company has conducted dozens of studies on retirement over the past 20 years. From that research, he and his colleagues have identified five stages of retirement and how people can make the most of each stage:

Stage 1: Imagination. These are the five to 15 years before retirement. People are sometimes busy raising their children and providing care for one or more parents, Dychtwald says.

How to make the most of this time: Enjoy the vitality of this stage of life and make sure you are preparing financially for retirement, he says. “You should be doing everything you can to build a strong and solid financial base that will last you a lifetime.”

Stage 2: Anticipation. This is from five years until right before retirement. People often start thinking about what they are actually going to do when they retire, but there aren’t many places for them to go for guidance, he says.

Many people want to continue to work. In fact, 72% of pre-retirees, age 50 and older, say they want to keep working after they retire, according to a recent survey sponsored by Merrill Lynch in partnership with Age Wave. Almost half (47%) of current retirees either are working, have worked or plan to work in retirement, the survey found.

Many people also want to devote more time to their family and friends. Some want to continue to learn, and others want to enjoy their favorite hobbies and develop new ones, he says.

How to make the most of this time: Put on your creative cap to find another career, Dychtwald says. Think about an encore career or consider starting your own business, he says. Volunteer at a hospital, church or for a non-profit group. Talk to retired people to see what they’ve done. See if your company has some flexible retirement programs or offers a sabbatical that would create a kind of trial retirement, he says.

Stage 3: Liberation. This begins on retirement day, and people often feel fantastic. They think, “It’s great. I’m free, and I have decades of freedom in front of me.” This is called the honeymoon period, and it lasts an average of one year, Dychtwald says.

How to make the most of this time: “Enjoy it. You’ve earned it,” he says. Many people have been working 30 or 40 years, and like the idea of having a period of life to take a deep breath, enjoy time with family and friends, watch movies and go on trips.

This is a time to “relax, recharge and possibly even retool,” he says. You can consider it a gap year or “intermission” year before you gear up for the next phase.

Stage 4: Re-engagement. One to 15 years after retirement. People start wondering: “Who am I now?” “Some people have a real identity crisis. If you’ve been a fireman or a high school principal or CEO, and now you are a retired person, that may not be enough for you,” Dychtwald says.

They may miss the people they used to work with. They may feel a little bored. Last year, the average retiree watched about 49 hours of television a week, he says.

“We have seen in our studies that not everybody is happy with retirement. About half of today’s retirees are very dissatisfied with a life of leisure 24/7,” he says.

That’s why some people try a different line of work. They want more engagement or purpose in their lives, he says.

How to make the most of this time: Do some soul searching. If you’re bored, start looking for your second act. Often community colleges have workshops about finding an encore career. Read books or go to websites such as encore.org. Talk to others who have been through this to see what they did. You might be able to find a hybrid career that meets both your work and retirement needs, he says.

Stage 5: Reconciliation. This is the stage when people are in their late 70s and early 80s.

How to make the most of this time: It’s a good time to share your values and life lessons with your children, grandchildren or community by recording an audiotape or videotape or writing it down, Dychtwald says. “About seven or eight years ago, I flew to Florida with a video camera and spent days interviewing my mom and dad. I wanted my children and future grandchildren to know what my parents believed and learned in their life.”

Dychtwald says that “thanks to the ever-increasing longevity, many of us will have decades to learn, teach, play, work and re-invent ourselves again and again after our core career has ended. Perhaps it’s time to retire retirement.”

via How to reinvent yourself in retirement.

Previous articleHow to Balance Spending and Safety in Retirement | Money.com